Our today’s story about Kurt Yaeger who is mostly known as an American actor, model, director and professional athlete. Most recently he appeared in season five of the FX series Sons of Anarchy as Greg “the Peg”. 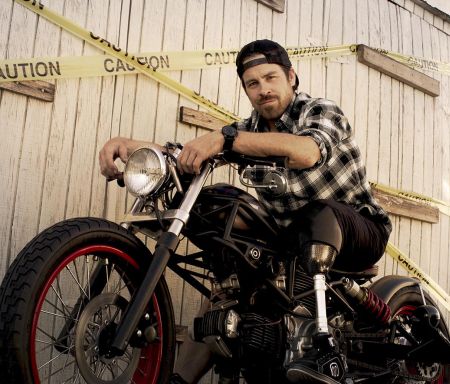 Yeager is also a below-the- knee amputee. A motorcycle accident caused the amputation of his left leg. He broke his pelvis, fractured seven vertebras, tore his bladder and found himself in the hospital for more than three months. After twenty-eight surgeries and many months of rehabilitation, Yaeger made a full recovery, his spark for acting returned and he hasn’t let anything stop him.

The video for the song Rudimental «WaitingAllNight» not leave the viewer indifferent – because it based on a true story of Yeager.

Yeager continues to ride motorcycles to this day.

New technology has been developed by Softwheel. Its CEO Daniel Bar-El says »

The non-governmental organization Access Israel, which works to advance the rights of »