A historical monument found not far from the Damascus Gate of the Old City of Jerusalem, already recognized as one of the most important monuments of the Roman period. We are talking about a fragment of a stone slab with an inscription in Latin. The inscription reads: “The Emperor Caesar Trajan Hadrian Augustus, son of Trajan, the conqueror of the Parthians, the grandson of the divine Nerva, the high priest, tribune of the people for the 14 th time, consul for the third time, the father of the fatherland. Dedicated by Fretenzis Tenth Legion.” 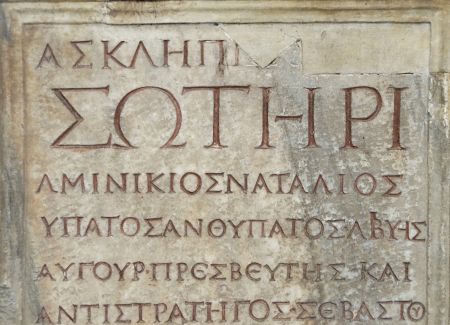 Archaeologists managed to date the monument to 129-30 AD. According to the historian Dio Cassius, it was in that year in which Adrian, traveled around the eastern part of the empire and visited Jerusalem where Tenth Legion was stationed at the time.

The value of the monument is that it allows the scientists to establish a link between the Legion, that played a key role in defeating the Jewish Rebellion and the suppression of the Bar Kochba revolt, and the emperor who ordered the destruction of the holy city, and replaced it with a Roman colony Aelia Capitolina.