For anyone interested in archaeology, traveling through Israel is a dream comes true. The amount of history present here is breathtaking and the thrill of uncovering these treasures from the past is a treat like no other.

Day 1.
Arriving at the airport. Transfer to the hotel in Tel Aviv.
Overnight in Tel Aviv.

Day 3.
Caesarea: Herod’s Palace, Hippodrome, Harbor and Roman Amphitheater – used today as one of Israel’s most famous concert venues.
Acre – one of the oldest continuously inhabited sites in Israel. The ancient fortress and port. Knights Halls. Templar tunnels.
Haifa: Panoramic view from Mount Carmel on the Bahai Gardens (one of the most frequently and beautiful toured attractions in Israel) the city of Haifa and the port.
Overnight in Tiberias.

Day 4.
Tzippori – ancient town which is considered in Christian tradition to be the home of the parents of the Virgin Mary. Notable structures at the site include a Roman theater, two early Christian churches, a Crusader fortress that was renovated in the 18th century, and upwards of forty different mosaics.
Mount of Beatitudes – Sermon on the Mount place.
Tabgha – Church of the Multiplication of loaves and fishes.
Capernaum – the place of Christ’s preaching in Galilee.
Overnight in Tiberias.

Day 5.
Safed – one of Judaism’s Four Holy Cities, a center of Kabbalah, also known as Jewish mysticism.
Tel Dan – city mentioned in the Bible, described as the northernmost city of the Kingdom of Israel, belonging to the Tribe of Dan.
Banias – archaeological site by the ancient city of Caesarea Philippi, located at the foot of Mount Hermon in the Golan Heights.
Overnight in Tiberias. 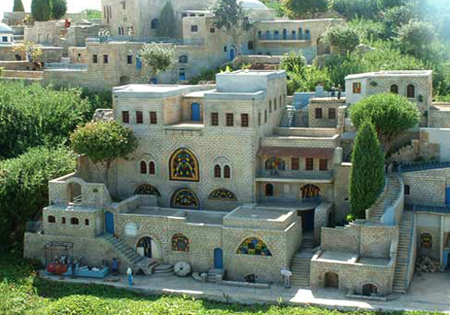 Day 6.
Belvoir Fortress – a Crusader fortress in northern Israel. It is the best-preserved Crusader fortress in Israel and one of the finest examples of medieval architecture.
Beit She’an National Park. Established in the 5th century B.C. on a hilltop south of Nahal Harod, this park is one of the world’s largest archaeological sites containing an entire Roman-Byzantine city.
Transfer to the Dead Sea. Free time to relax and swim in the Dead Sea.
Overnight at the Dead Sea.

Day 7.
At dawn ascent to the ancient fortress Masada – Israel’s most historically significant and fascinating archaeological attraction.
Ein Gedi National Park – a desert oasis. Nature reserve includes two spring-fed streams with flowing water year-round. Ein Gedi was settled for thousands of years and there are some incredible mosaics in the Ein Gedi ancient synagogue.
Qumran – an archaeological site where the Dead Sea Scrolls were found. The remains of the settlement of Qumran on the northwestern shore of the Dead Sea.
Transfer to Jerusalem.
Overnight in Jerusalem. 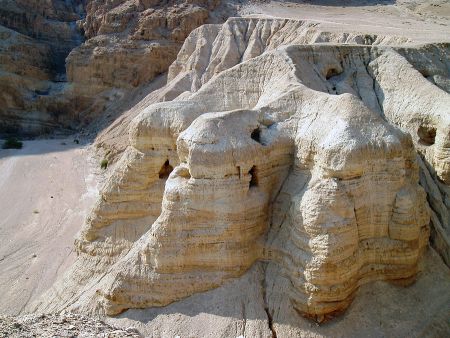 Day 8.
The Jewish Quarter: Hurva synagogue, Batei Mahseh square, Burnt House, Cardo – ancient Jerusalem’s market street.
The Western Wall.
The City of David. The oldest part of Jerusalem. The Royal Acropolis and remnants of remarkable homes from the Biblical Period. The underground water system from the time of Abraham including recent discoveries of the Canaanite fortress that guarded ancient Jerusalem’s main water source – the Gihon Spring.
Sound and Light show across the walls of the Tower of David.
Overnight in Jerusalem.

Day 9.
Israel Museum – Israel’s most important museum, home to the Dead Sea Scrolls and a repository of exceptionally important archaeological and ancient history information and exhibits.
Via Dolorosa – a street within the Old City of Jerusalem, held to be the path that Jesus walked, carrying his cross, on the way to his crucifixion.
Mount Zion: Dormition Abbey, King David’s Tomb, the Room of the Last Supper.
Mount of Olives.
Overnight in Jerusalem.

Day 10.
Transfer to the airport.

Tour Package not includes:
• Air-ticket
• Travel insurance
• Entrance fees according to the itinerary and tips for driver and guide