Ben-Gurion International Airport inaugurated a new passengers hall for low-cost overseas flights in the older Terminal 1, a step expected to help lower the cost of flights between Israel and Europe. For decades, Terminal 1 was the main terminal for all flights into and out of Ben Gurion Airport. In 2004, the Airports Authority opened the more modern Terminal 3, with facilities to serve as many as ten million passengers coming into and leaving Israel each year. 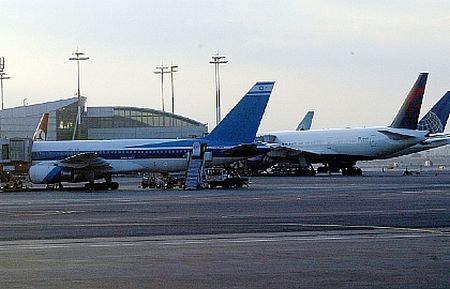 With the signing of the Open Skies agreement with European aviation officials, Israel is set to expand air traffic to and from Europe significantly. Specifically, a number of low-cost carriers are set to begin flying to Israel. With Terminal 3 already operating close to capacity, the Airports Authority decided to refurbish Terminal 1 as the main terminal for these low cost carriers.

More than 260,000 passengers are expected to pass through Ben-Gurion’s Terminal 1 by the end of this year, compared to 185,000 passengers in 2012, an increase of 50%. The first flight to land at the terminal was by the British airline easyJet at the end of October.

55 low-cost overseas flights are expected to depart from Ben-Gurion every week this winter, compared to 33 during last winter. This is an increase of more than 65%. EasyJet, Norwegian Air and Wizz Air are expected to operate flights out of the new hall.