The 4th international marathon will be held in Jerusalem on March 21 2014. The program includes: distances ranging from full marathon to a short distance of 800m developed for families with children. The money received from the participants will go to charity. Participants will run through ancient and the modern streets of the capital of Israel, past famous sites and attractions such as: the sultan ponds, the Knesset, the Old City, the German Colony, Mount Zion and Mount of Olives. The topography of Jerusalem was taken in account, while preparing the route. 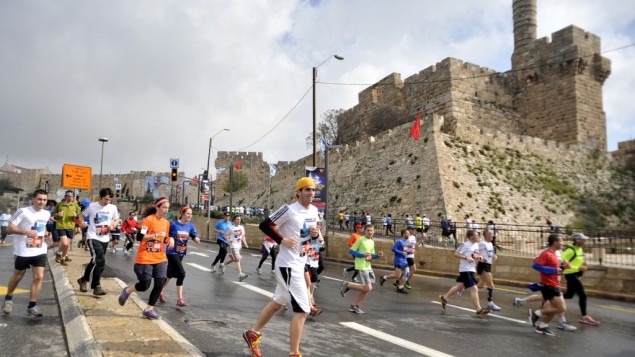 On the eve of the marathon will open an exhibition “Health and Fitness”, which will set the tone for a marathon and will be held at the International Convention Center. Thousands of athletes both from Israel and from around the world will be able to get information about health and sports nutrition, visit the lectures, and to purchase equipment for marathon.

Department of Development of Jerusalem, together with the Ministry of Tourism of Israel and the “El Al” airline, developed special tour packages for marathon participants in which provided special rates for restaurants, bars, cafes and attractions. After the main event, runners will be invited to a traditional feast of pasta, organized in honor of the marathon.

We speak Hebrew, English and Russian. And in other cases, provide services of professional guides and interpreters.