Artifacts from the Titanic will arrive in Israel 102 years after the famous passenger ship sank in the North Atlantic. An exhibition reenacting the ship’s story will sail to the Holy Land and will be displayed at the Israel Trade Fairs Center in Tel Aviv for about three months, starting in June.
The Titanic made history on April 10, 1912, when it began its maiden voyage to New York City after being defined as the safest ship in the world. 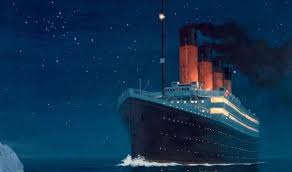 Four days after it set off to sea, the ship collided with an iceberg and began sinking. A shortage of lifeboats and a wrong instruction not to fully load the boats on board led to one of the deadliest peacetime maritime disasters in modern history. More than 1,500 people out of 2,200 passengers lost their lives.

Over the years, the tragedy took on mythical dimensions and turned into an eternal proverb about man’s arrogance against natural forces.

The exhibition reenacting the story of the Titanic is being brought to Israel by Dudi Berkovich, owner of the Hadran ticket office. Berkovich has been negotiating displaying the exhibition in Israel for years with the Premier Exhibitions company.

The cost of producing the exhibition in Israel is estimated at $2 million, with hundreds of thousands of dollars allotted to the insurance of the expensive artifacts, including clothes, eyeglasses, cutlery, cups, kitchenware and diamond embedded jewelry.